….sweet as sugar and everything nice
These lyrics from Lenka’s famous song might make you hum some sweet nothings but in reality, sweet sugar doesn’t always lead to everything NICE (at least medically)!
Though, I personally have nothing much against this poor little thing, which is being targeted left, right and centre by all for the virtue it is best known for i.e being sweet! People globally have kind of taken it up against it and even started calling it names like sweet poison, killer, white devil, evil nutrient….and what not.
This constant jabber makes me look further and dig deep to find out how really good and bad sugar is for our being and is it practically doable to ignore its existence in our lives? 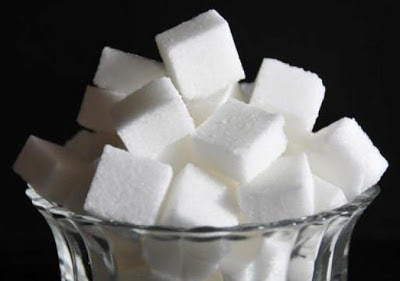 Sugar” is a common term for naturally occurring “simple carbohydrates”.
When we mention sugar, we usually refer to “table sugar” or sucrose, which is sourced primarily either from sugar cane or sugar beet. Beyond this, there are various other types of sugar available like milk sugars, honey and sugars made by plants during photosynthesis. The sole purpose of sugar is to provide energy for life.
Have a look at its various types
And you come across it in the forms of… 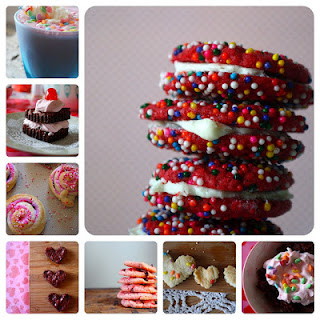 Image courtesy: http://scrumdillydo.blogspot.in/2012/02/be-my-valentine-sweet-treats-round-up.html
One day my 9 year old niece, who is little chubby, asked a very simple and sensible question, “Why you prefer to give me fruits than chocolates? They are also sweet and must be having sugar in them.”
Indeed she was correct. Both the things contain sugar. But the difference comes in process of absorption and utilization of sugar by the body, keeping aside the additional nutritional benefits of the fruits.
To understand it better, take each variant as an example,
Sucrose (table sugar) contains empty calories (of course, this is the one used in chocolates too!). It does not have minerals, vitamins, fiber or any such nutritive element per se`.
Fructose, the sugar derived from fruits and vegetables gets slowly absorbed through the intestines and later gets converted into glucose in the liver. That’s why fructose is a "time-release sugar" as it delivers calories at a gradual rate and not all at once.
Another form of simple sugar glucose breaks down quickly in the stomach and later it gets pumped directly into the bloodstream through the walls of intestine. This raises the blood glucose levels instantly.
That answered my nieces question but of ‘course to her I did it in a much simpler way.

How much is needed in a day

None. Well, none in the added forms of ‘course!
But yes, definitely the carbohydrates are required by the body. The minimum requirement for total carbohydrate in a day from all sources is only 130 grams/day.
As per WHOs guidelines, added sugar per day should not contribute more than 10% of total calorie intake. A person on a 2000 calorie diet a day should consume no more than 50 grams of carbohydrate in the form of sugar (approx 13 teaspoons).
1 teaspoon of sugar = 4 grams of carbohydrate, providing approximately15 calories.
According to the American Heart Foundation, the recommended daily sugar intake for:
Men: 36 grams or 9 teaspoons
Women: 20 grams or 5 teaspoons
Children: 12 grams or 3 teaspoons

It’s ok to have a small helping of occasional sweet treat with friends or sooth your sweet tooth once in a while. The evil occurs only when our diet is usually and consistently high in sugar content.
You can also manage it by making small modifications here and there in your lifestyle and believe me it can reap you huge results, unknowingly. For example:

Now… some fun facts and trivia about sugar

After all this heavy stuff, let me lighten you up with some sugary facts and fun trivia about sugar.
Moral of the story: Consume as little as possible. Daily requirement of carbohydrates can be met though healthier sources like fruits, vegetables, and grains eaten throughout the day.
at May 14, 2013 1 comment:

Gene Testing – The Magic Within Science

Shreya was a pharmaceutical professional. Seven years ago, when she considered marriage and children, being from the healthcare background, she decided to go for gene testing as in the past, ovarian cancer killed her grandmother and aunt too. Ironically, she tested positive for BRCA1, which raises the risk of breast cancer up to 85% by age 70 and ovarian cancer by 55%. As she was expecting it to some extent, it did not take her for a shock but was surely anxious and overwhelmed. With test results in hand, she had to act fast. Fortunately she still had the time in hand to map certain things ahead in life. After thorough and at length discussions with doctors, her long-time boyfriend and the family; she planned things meticulously. Got married and gave birth to a daughter and had her ovaries removed by the age of 32. Three years later, she had a double mastectomy (removal of breasts) done. All this may sound too dramatic and filmy a step to take but this is the best possible preventive measure that can be taken to save the trauma of getting cancer or may be dying of it. Now let’s go in a little more detail about this revolutionary gene testing thing. How remarkable it is if a person would get to know that he MIGHT get a heart disease some years down the line, simply by getting his saliva tested? And believe me it is no magic, just pure science! Each individual has a unique genetic makeup that is one reason why there is a disparity in the risk factors of different people for certain diseases and their response to medical intervention. On knowing that a particular person is going to develop diabetes in future, preventive strategies like appropriate diet, exercise, and even in forms of drugs can be advised and implemented on time. Once you are aware of your “high risk” conditions, taking preventative measures is the next logical step. The results of gene testing should further be carried forward ahead as 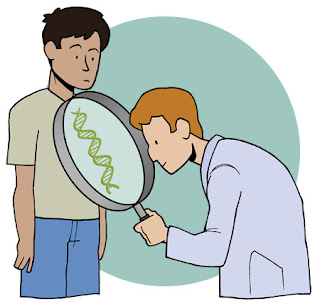 Image courtesy: http://www.genesinlife.org/testing-services/testing-genetic-condition What all it can predict?
Though gene testing can predict hundreds of diseases but the ones with higher risk for health deterioration that can be inherited and still be prevented are:
How this magic works?
The test is simpler and quicker than withdrawing money from an ATM! 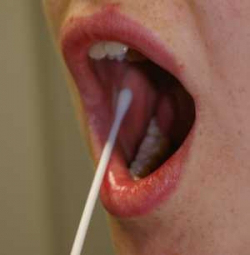 Image courtesy: http://symposcium.com/2013/04/16/what-is-in-a-home-genetic-test-kit/
Indications for gene testing
A lot and varied! It can come in handy for detecting many more things beyond predicting the occurrence of several fatal diseases later in life.
Disease – Identification and prevention
To check for drug efficacy: If you have a particular health condition or disease, this type of genetic testing may help determine what medication and dosage will be most effective and beneficial for you.
Pre-marital: If one of the partners has a family history of a genetic disorder, such as sickle cell anaemia or cystic fibrosis, it is advisable to have genetic testing before one gets married or have children. This type of genetic testing may also be useful if someone has a high risk of a particular genetic disorder. Genetic testing can determine if you carry a copy of an altered gene that would put a child at risk of developing the disorder.
During pregnancy: In situations when the maternal age is greater than 35 at the time of delivery, abnormal screening test results, a family history of a genetic disorder or birth defect, multiple miscarriages, exposure during pregnancy to medications or drugs, and known fatal abnormality are found, gene testing proves helpful.
Spina bifida and Down syndrome are two genetic disorders that are often screened for as part of prenatal genetic testing.
Neo-natal screening: This type of genetic testing is important because if results show there's a disorder such as congenital hypothyroidism or phenylketonuria (PKU), care and treatment can begin right away.
Assisted conception: In cases of an IVF, pre-implantation testing can be done to lower the chances for the child to have a particular genetic disorder. During the process of IVF, the embryos are screened for genetic abnormalities. Embryos without abnormalities are implanted in the uterus in hopes of achieving pregnancy.
For athletes and sportsperson: Genetic test that analyses specific genes associated with an individual’s sport (track and field, power sports, and endurance) and exercise performance. In addition, genes relating to injury and recovery are tested to provide an assessment of risk factors that may have otherwise gone unnoticed. 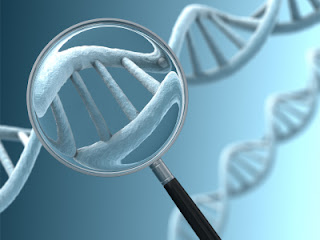 Image courtesy: http://www.geneticliteracyproject.org/2012/12/31/can-genetic-testing-help-prevent-the-next-mass-murder/
Oops, it has a flip side too...
Everything in life has two sides to it; good and bad. As we have understood huge advantages of gene testing in respect of disease prediction leading to its early prevention, there are couple of downsides to this revolutionary technology as well.
Psychological impact: First, there are the emotions aroused by learning that one is likely to develop a serious disease. Many people in a families have already seen close relatives fall victim to a particular disorder. The news that they do indeed carry the disease gene can elicit depression, even despair.
Familial issues: Unlike other medical tests, gene tests reveal information not only about the person itself but about for his other relatives. If a baby tests positive for sickle-cell trait, for example, it follows that one of his or her parents is a carrier. It is also possible for gene tests to inadvertently disclose family secrets involving paternity or adoption.
Emotions elicited by test results can produce a shift in family dynamics. Someone identified as carrying the gene may feel anger, while one who has escaped may be overwhelmed by guilt for avoiding a disease that afflicts a close relative.
Confidentiality/privacy: Though regulations and legal implications stand strong but still one can never be sure of who should be privy to that information? Will a predisposition for cancer, for instance, remain secret - or could there be an information slip out? The concern is that test results might someday be used against a person. Some people have been denied health insurance, some have lost jobs or promotions, and some have been turned down for adoptions because of their gene status.
Discrimination: One may face discrimination for health insurance, life insurance, or employment.
Science and scientist are still trying to firm their feet in the market and trying to gauge the true worth and the scope of gene testing, which is huge and unparalleled in revealing the future of our health.
Talk to your physician to know more about this revolutionary science or surf the net.
.... and from us,
ciao for now!!
at May 02, 2013 1 comment: