What Is Autism? Autism Causes, Types of Autism, Definition, and Symptoms

According to the Rehab Council of India, there are 2 cases of autism out of every 1000 people in
India. Autism has grown at an alarming rate in the last few decades. Autism is basically a complex neurobehavioral condition that reduces an individual’s ability of developing social skills as well as developmental language and communication skills. As there is a wide range of symptoms associated with one or another type of autism it is now collectively called as autism spectrum disorder or ADS. 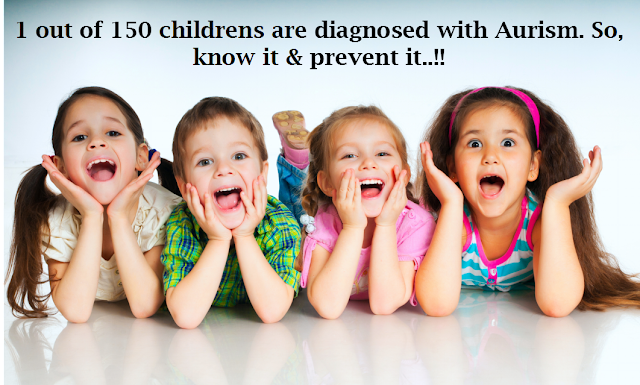 The children with autism find it difficult to communicate with other people.
They have unusual attachments to some objects, they resist any change in the routine, have aggressive and self hurting behavior. In some cases, autistic children cannot tolerate loud sounds, bright lights or even find it difficult to sit in the  crowd. Some kids may develop seizures as well. They find it difficult to develop normal skill development, but in many cases, they  have unusual skills in different areas such as math, music, and drawing and even in remembering the details.

Causes of autism
The causes of autism are yet not completely known to science. Some scientists feel that is a genetic disorder. Furthermore, if a  pregnant woman is exposed to certain drugs, there is a chance that the child can have autism. Use of alcohol during pregnancy,  conditions like obesity and diabetes and use of anti-seizures drugs can play a role in the development of the condition.

Types of autism
Though the types of autism are now termed as autism spectrum disorders which define the severity of the condition, some     doctors and experts prefer the older terminology.

· Asperger’s syndrome:
This is a milder form of autism and the patient can undertake daily tasks easily. In these cases, the patient is generally quite intelligent and may be focused on a special set of skills. However, it is really hard for the patient to interact with other people socially.

· Pervasive development disorder (PDD):
In PDD, the condition of the patient is critical than Asperger's syndrome, but less than autistic disorder.

· Autistic disorder:
The symptoms related to autism are intense in this condition and the patient is unable to sustain a normal life.

· Childhood disintegrative disorder:
CDD is quite rare and an aggressive form of autism. In such condition, the patient is unable to develop in a normal manner and   lose mental, language, and social skills.

ØThe doctors and physicians check a series of symptoms and evaluate the condition as per the prevalence of the symptoms. Some important diagnostic tests conducted are:MRI:  is done to check if there is any structural abnormality in the brain.

ØPhysical examination: measurements of the head circumference, weight, and height are taken for confirming the normal  growth pattern child.

ØElectroencephalograph: done in the presence of symptoms like if a person displays developmental regression, seizures or  has a history of staring spells.

ØHearing Tests: are conducted for confirming if hearing problem is the cause of the developmental delays or not. This is  especially done in those children with social skills and language use issues.

ØLead poisoning tests: Children with developmental delays usually continue putting items in their mouth after this stage has passed in normally developing children. This practice can result in lead poisoning, which should be identified and treated as soon as possible.

ØChromosomal analysis: is done to determine whether the condition is due to the presence of a family history .

ØBehavioural evaluation: In this the doctors seek the help of various questionnaires for ascertain the type of developmental delay.

Treatment
Autism treatment involves special medication and behavioral treatments. The child has to undergo a series of therapies and their families also have to work on their communication skills and lifestyle changes. A patient with autism in the family can change  the routine of the entire family as he or she will need extra care.

Autism prevention
As there is no specific cause of autism known to the scientific world, the doctors can only ask to avoid certain drugs. As the best alternative one can check specific health conditions via regular preventive health checkup and avoid alcohol during pregnancy.
at December 16, 2017